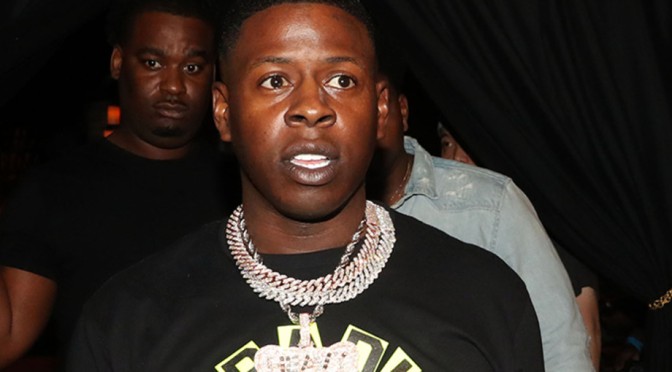 While performing at In South Carolina, this past weekend – in the Exquis nightclub, thing’s between Memphis rapper Blac Youngsta and members of the crowd got out of hand to say the least. During his [Youngsta] performance, a gang known as the

“Aye look bruh…. I don’t know y’all, aye look check me out I said hold up aye I don’t know y’all bruh, I don’t want no problem wit y’all bruh, but I promise bruh we strapped we whatever y’all with bruh…. we don’t give no fuck Bruh! Aye Look…. Let me do my show. Ima come outside, we’ll deal with that. LET ME GET MY MONEY!…

as Youngsta tries to continue his show, the crowd challenges him. After he tells the DJ to start the music again, someone from the back of the crowd – who is seen throwing up the grape street crip sign, throws a chair on stage, and nearly hits CMG artist. After he tries to perform a couple more songs, they [Youngsta and his crew] have had enough of the disrespect and attempts to exit the club.

Around the 4:30 mark, Blac Youngsta is handed an AK-47, and he throws it around his shoulder as he makes his way through the upset crowd.

Youngsta did make it to the vehicle safely but, has not spoken on the incident as of yet. I am glad that this didn’t turn into something more serious and dangerous.

Please leave your thoughts on this in the comments.