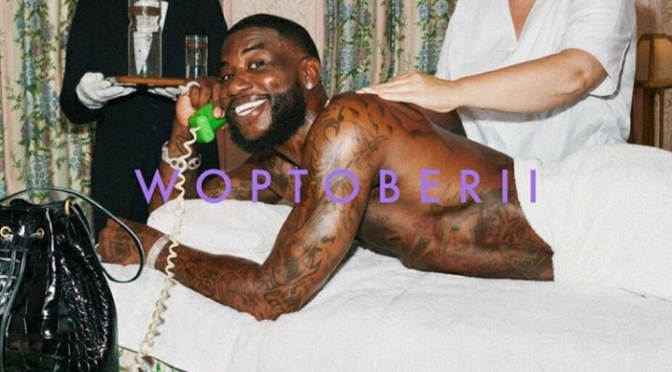 On Thursday October 17, 2019 (or 10.17, as the East Atlanta “TRAP GOD” would put it) — Gucci Mane released the highly anticipated album since his predecessor album, “Delusions of Grandeur”, in 2019. The new album is titled WOPTOBER II.

He sat down earlier with the hosts/casts of COMPLEX NEWS’ Everyday Struggle show with Akademiks, Nadeska, & Wayno to discuss the at the time, not yet released project, — in which is his 101st project of his career –. Gucci even recalls not even knowing that he had released this many projects in his career. He even asked the label in which he is signed to, why they hadn’t released it or known of the major milestone that he had accomplished. Gucci continues on with issues between him and Angela Yee of The Breakfast Club, whereas rumors of him being banned from Power 105.1/Revolt TV’s American syndicated radio show, have spread like wildfire. It all started with him calling out the only female host on the show, Angela Yee, by stating that she was on his D*** and trying to find out what hotel he was in a while back. Of course, she denied trying to smash Gucci and says she has proof of it. Angela did confirm that he was not actually banned from the station, and he is pretty confident that he’ll be back on the show soon. Especially, with the new album dropping.

Since his release from the penitentiary in Terre Haute in May of 2016, he has been doing interviews after interviews, allowing us to catch back up with the “New” Gucci Mane. Although, rumors have been circulating across the internet that he was not himself but, that of a clone of the real street rapper!

Nevertheless, Gucci has moved on to bigger and better things like… staying in shape, staying positive, collaborating with new and younger artists, and we definitely cannot forget the extravagant and high-priced wedding, — getting married to the love of his life, Keshia Ka’oir whom he gives much credit to his rehabilitation –. Despite their rough start, their relationship has took a complete ‘360’. The famous couple married on October 17, 2017, in which today marks their two year anniversary. The number ‘1017′ is obviously significant to the rapper, as it’s also the house that his grandad lived back in Alabama. He also gives credit to his grandfather for his sense of style.

For those of us that can remember the old Gucci, –the “street”, “hood rich”, “chicken talk” Gucci–, or one of many personas — Guwop, La Flare, El Gato, to name a few — can very well understand the importance of, and can’t wait to hone in this new project. We can definitely appreciate the transformation. He even commemorates a self-dedicated song titled ‘Proud Of You’ that celebrates him overcoming drug-addiction, a violent history, and street life. This also gives younger fans a chance to know the former trap turned pop artist (with chart-topping collabs such as Bruno Mars, Rae Sremmurd, and others) for who he is now! BUT… if you ever get the chance, please go back and listen to the numerous mixtapes and mixtape series like ‘Wilt Chamberlain — that we all once turnt our music up to the max to, while riding  down the e-way, or pulling up to the neighborhood corner store — ! Gucci Mane’s songs were more than just trap music, they were anthems! They were especially, the “dope boy” anthems of 2006, 2007, and so on!

With life turning around for Gucci and seeing the progress he’s made, it was only right that his dreams would come true as he headlines the front page of the designer brand GUCCI’s website (pic below). What more can you ask for! 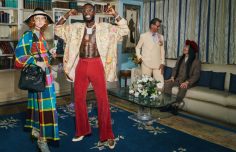 Gucci Mane is the new face of designer GUCCI’s 2020 campaign! 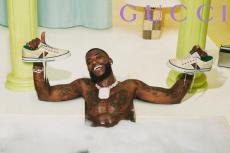 Gucci Mane is the new face of designer GUCCI’s 2020 campaign!

Here are the front and back album covers which showcases a list of top artists and producers that collabed on the project. 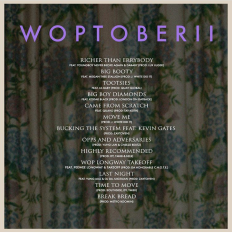