At last, despite months of rumors and speculations from fans across the world and disrespectful comments from celebrity artists like the trolling king, 50 cent on social media…

Memphis street rapper Moneybagg Yo & the “Houston Hottie” Megan Thee Stallion have disregarded negative comments and have finally confirmed just how serious they really are about each other. Just about as serious as Moneybagg getting Meg’s nickname (and stage name) fixed into his high priced grill and making it his single cover image. But moneybags isn’t the only one who seems to be going hard for the relationship. Meg has been quite transparent and has even quoted in the new single, numerous of times of how she feels about the CMG artist.

Both artists’ fans are welcoming their relationship with open arms… even the ones who have celebrity crush syndrome on the both of em’ lol.

The tatted up “Hot Boy” as Meg would nickname him and the –dark-skinned goddess-like, “big booty big ole freak”, she calls herself, seem to be hitting it off very well…. at least for now.

Checkout behind the scenes pics and the visual to their new hot single “All Dat”, streaming on all platforms, below: 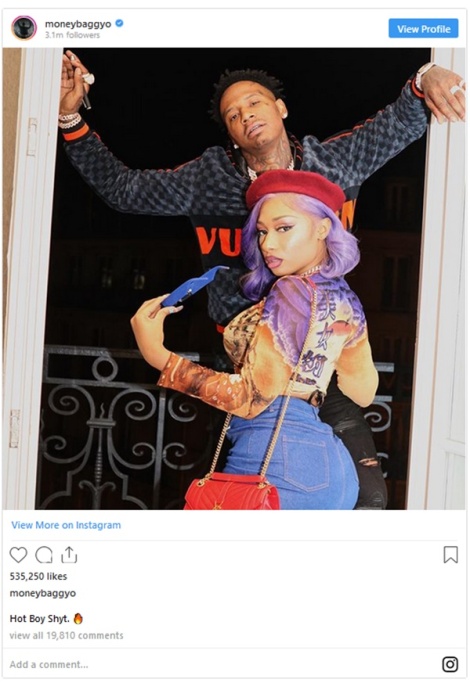