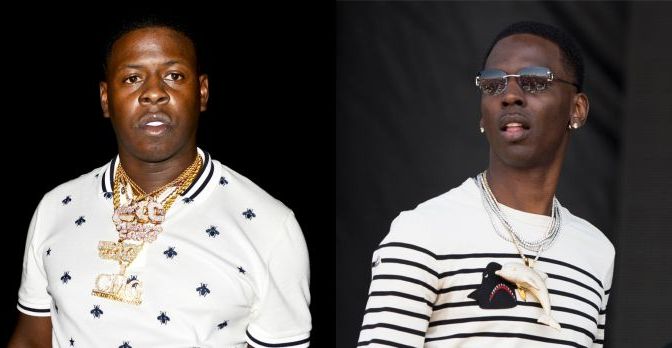 While Blac Youngsta is widely known for bringing plenty attention to himself through wild & insane videos of himself doing the most with his money, crazy rap beefs, etc… due to his new found success — coming from where a lot of people don’t make it out the hood to often [MEMPHIS]…. he is often ridiculed by the public & media for his zany actions!

His most recent alleged involvement in Memphis native, Young Dolph’s SUV being shot up over 100 times, has caused a lot more tension in the city, the media, and of course between the two artists themselves!!!

Blac Youngsta is pleading his case through a testimonial mixtape titled “I’M INNOCENT!”, which is set to release on 06/09/17. This could be his most personal mixtape since “I Swear To God!”, which included his hit single “HEAVY“, which immediately gained the interest of his CEO, CMG’s Yo Gotti, which led to his signing to the label that same year, and a brand new red Lamborghini! Stay Tuned for the release this week!

One thought on “Blac Youngsta Is Set To Release “I’m Innocent” Mixtape!!!”